It’s always great to bring a new venue to our sport. Beckenham Place Park didn’t disappoint. Despite heavy rain that flooded the area of the old lake, riders found lots of brand new singletrack that was ready to ride over hilltop woods and down alongside the railway. The mansion’s parkland setting was ideal the start finish area and then trails wound over 3.6km crossing only two paths. Our polite marshalls repeatedly heard how good it is to see the park being used in new ways. 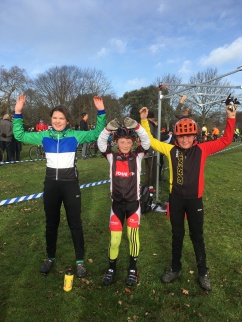 The under 10s and 12s had a proper race on their 1.2km shorter course going from mansion vale right up the big hill into new singletrack cut through dry leaves and ivy in mature woodland. Plenty of interest for them and all watching so keenly.

Around seventy seniors lined up, mainly on MTBs with a few crossers and fatbikes welcome too. The race soon spread right around the course as riders discovered their own speed climbing to the wooded hill, then on downhill grass and through rooty singletrack. The ditch was an interesting feature that challenged some to ride it whilst others went for the dismount. Ash Plantation has long sections of rooty singletrack and some old school berms unearthed by your trailbuilders. Sloggy grass on the lower part of Railway Field revealed another new section along a bank and lost hollow-way. Then all the way back along the fastest rootiest track which dips and turns unpredictably. Back over the wooded hills after a grassy climb to wooded singletrack descent and a twisty run into the line. 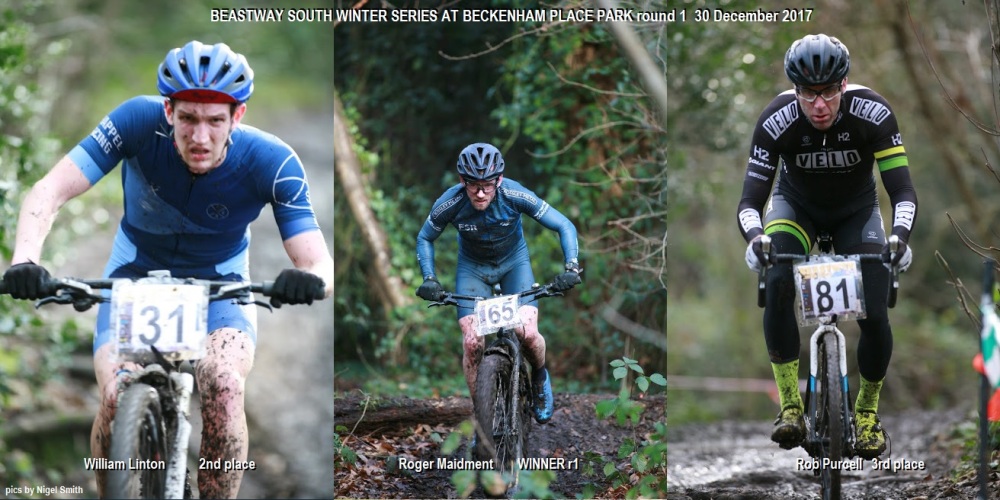 Is that really a fatbike being ridden by the winner ?

William Linton of Sunday Echappée held the lead for most of the race on his MTB29er but he was caught before the final fourth lap by Roger Maidment of FSR on a fatbike. Hard riding Rob Purcell of Neon Velo came in third (and first Vet) on a cross bike with lots of running. Lap times exactly on 15 minutes were ideal for the true Beastway format that delivers one hour of fast and furious racing at the front and fun all around.

Beckenham Place is Lewisham’s hidden gem of a park. There’s a whole new plan for developing South London’s largest park into a community resource. Beastway is pleased to have a part in its regeneration and cycling has a firm place in its plans. We’ve put in some temporary trails until more heavy works begin. There are more trail areas we can take you to next time we race there on 27 Jan. Big thanks to Bigfoot for their turnout of helpers at all stages of preparation and marshalling. ViciousVelo helped the family atmosphere too (hi Peggy!). Your organising Beastway crew are all volunteers and we had a good turnout. You should come and join us, even if you’re not going to race.

Remember to bring your race number board with you for the next round on Saturday 27 January. See you then. We have series prizes ready for the final round on 17 Feb. After that the ground nesting birds can get busy again. 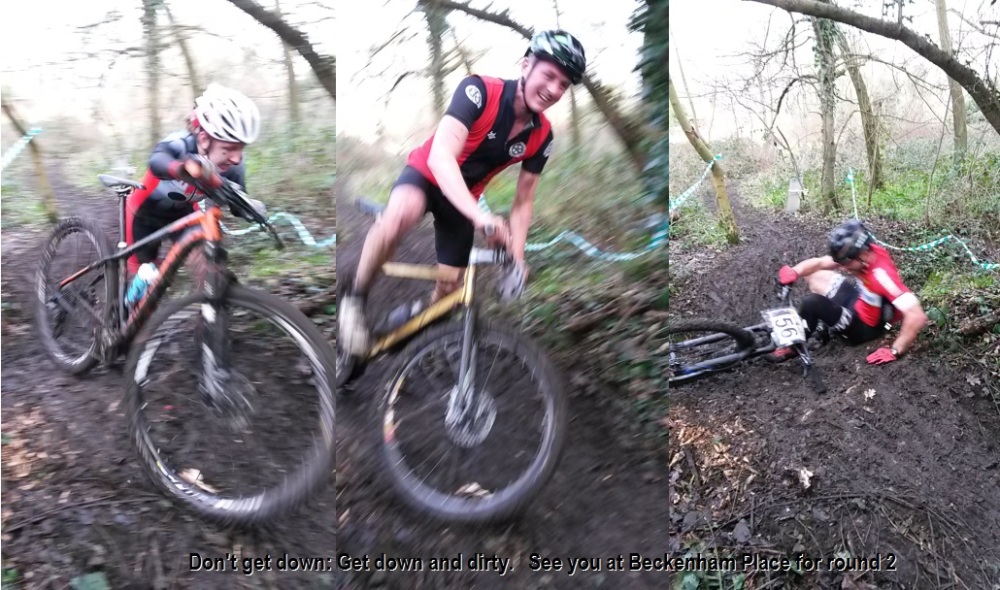 Key helper from Bigfoot, Howard Binysh has posted a gallery on on Dropbox

Bigfoot clubmate Stuart Gordon has a gallery on Facebook

Seniors and Youth (Youth joined just after one lap)

Youth and Juveniles result separated from the seniors

Take a look through the results and if you think they are wrong please email beastway’AT’btinternet.com . Our scoresheets are very thorough. The above results last corrected 31 Dec.